What Is Back Office and Front Office in Business Process Outsourcing?

Both terms refer to various business functions performed within an organization, but to understand the difference between Front-office and Back-office in a BPO, we must first define what does ‘BPO’ stand for? Business Process Outsourcing refers to subletting non-core business activities and operations to a Third-Party organization, which were previously performed by an in-house team. These operations consist of all the tasks carried out within a company by its workforce, with the difference between front office and back office defined by the nature of the functions executed. 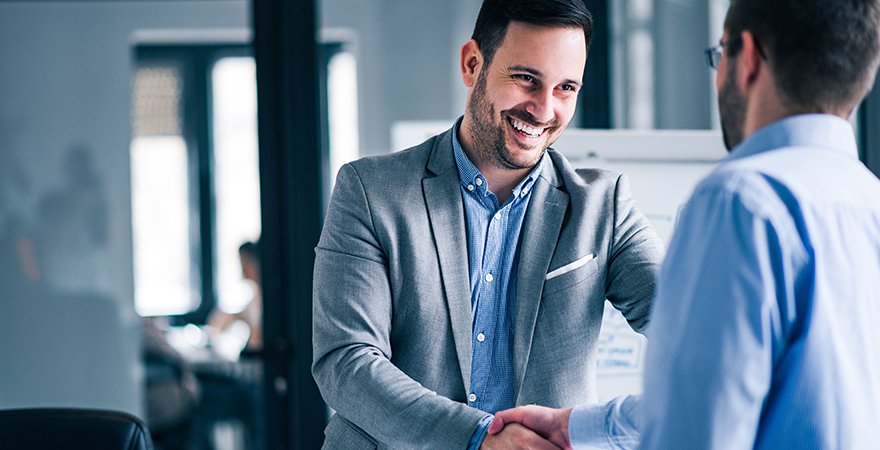 “Do what you do best and outsource the rest” – Peter Drucker.

Outsourcing has become an intelligent business strategy over the decade, which is now a differentiator for most companies, especially for redundancy measures post-Covid-19 outbreak. When you outsource to typically low-cost international locations with additional redundancy; it is called offshoring. Contracting to regions nearby for cost reduction or talent expansion is termed nearshoring. Contracting out in the same country but other states is called onshoring. Each has its benefits, but the idea of having an externalized team immerse themselves in your company culture and act as your extended team remains the same.

A BPO firm handles a vast array of everyday business operations, and sometimes the roles of one division may intertwine with the other. Both divisions of the Front and Back office have a set of functions that together create a well-oiled machine; neither can function without the other. Although traditionally the differences between the two were defined, modern-day disruption and business trends are causing some functions to merge for amplified results.

What is Front Office Outsourcing?

The Front-office, simply put, consists of all the customer-facing operations within a company, or personnel who act as representatives of the company to the client base. For example, Sales Management or CRM handling at a Contact Center. People in these roles may be directly responsible for generating revenue for a company while also dealing with client feedback. That is why these types of roles require excellent communication skills, product/service knowledge, and an in-depth understanding of what the consumer wants. Front Office services in a BPO may comprise of:

What is Back Office Outsourcing in BPO?

Back-Office functions within a company consist of the non-customer facing or administrative tasks. Although there is no interaction between back-office employees and customers, the Front-office is reliant on back-office processes to run smoothly in the background and ensure overall good performance. For example, internal functions like Human Resources and Accounts Management. Back Office roles require strategic thinking, operational decision making, everyday management, and aim at reducing overall operational costs. Back Office services may consist of but are not limited to:

Back Office Duties and Responsibilities

Front Office vs Back Office

Most operations nowadays overlap due to the functional similarities, but some distinctions remain. Back-office operations are mission-critical and support the Front-end at all times. Some actions may overlap falling under Middle Office functions; but with the passage of time and technological advancements, the barrier between the two is diminishing. Below is a general comparison of how Front Office and Back Office tasks differ, also represented on a blog by dbos: 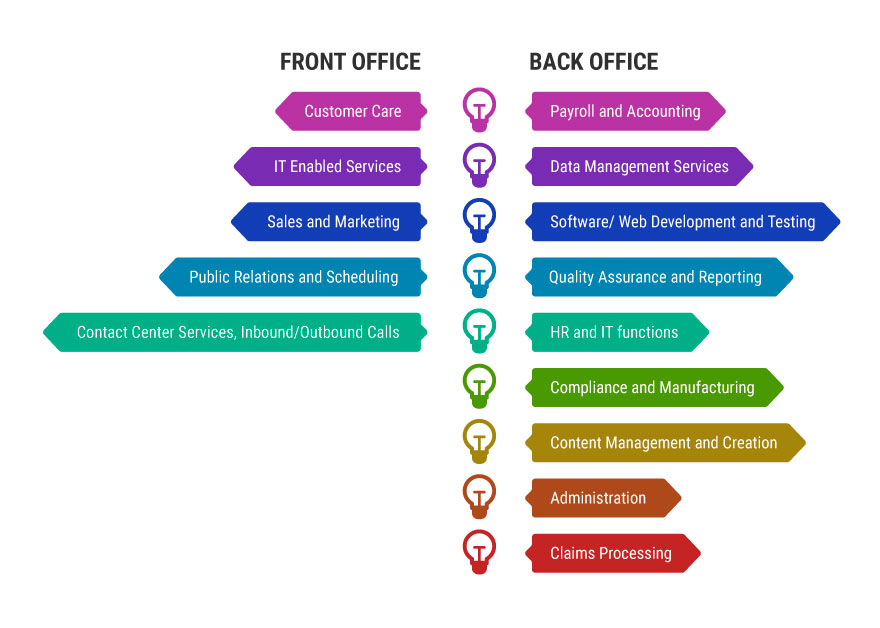 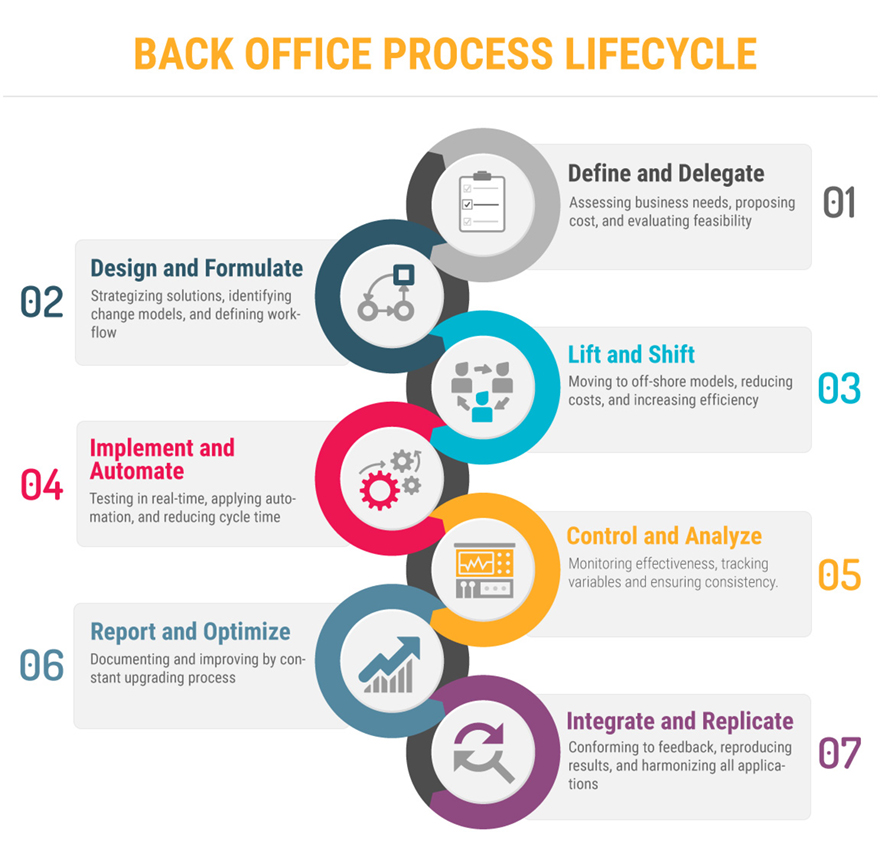 Taking Business Process Outsourcing a step further with personalized service, Premier BPO’s Back Office Process Lifecycle enables flawless integration, application, and implementation of any outsourced process in any client system. This seven-step approach allows continuous process improvement in every business cycle. Our focus is long-term sustainable relations, expedited by our client immersion culture, where we turn our Back Office into the client’s Front Office. When outsourcing with an external organization, compliances with industry standardizations and regulations are vital. Premier BPO services and platforms are ISO, PCI DSS, SOC Type II, HIPAA, FISMA, and NIST compliant, so quality is always assured. Learn more about our outsourced back-office services on our web page.

Toggle Sliding Bar Area
Contact Us Request A Call Back
Page load link
We use cookies to offer you a better site experience and to analyze site traffic. Read about how we use cookies in our Privacy Policy. If you continue to use this site, you consent to our use of cookies.Got it
Go to Top